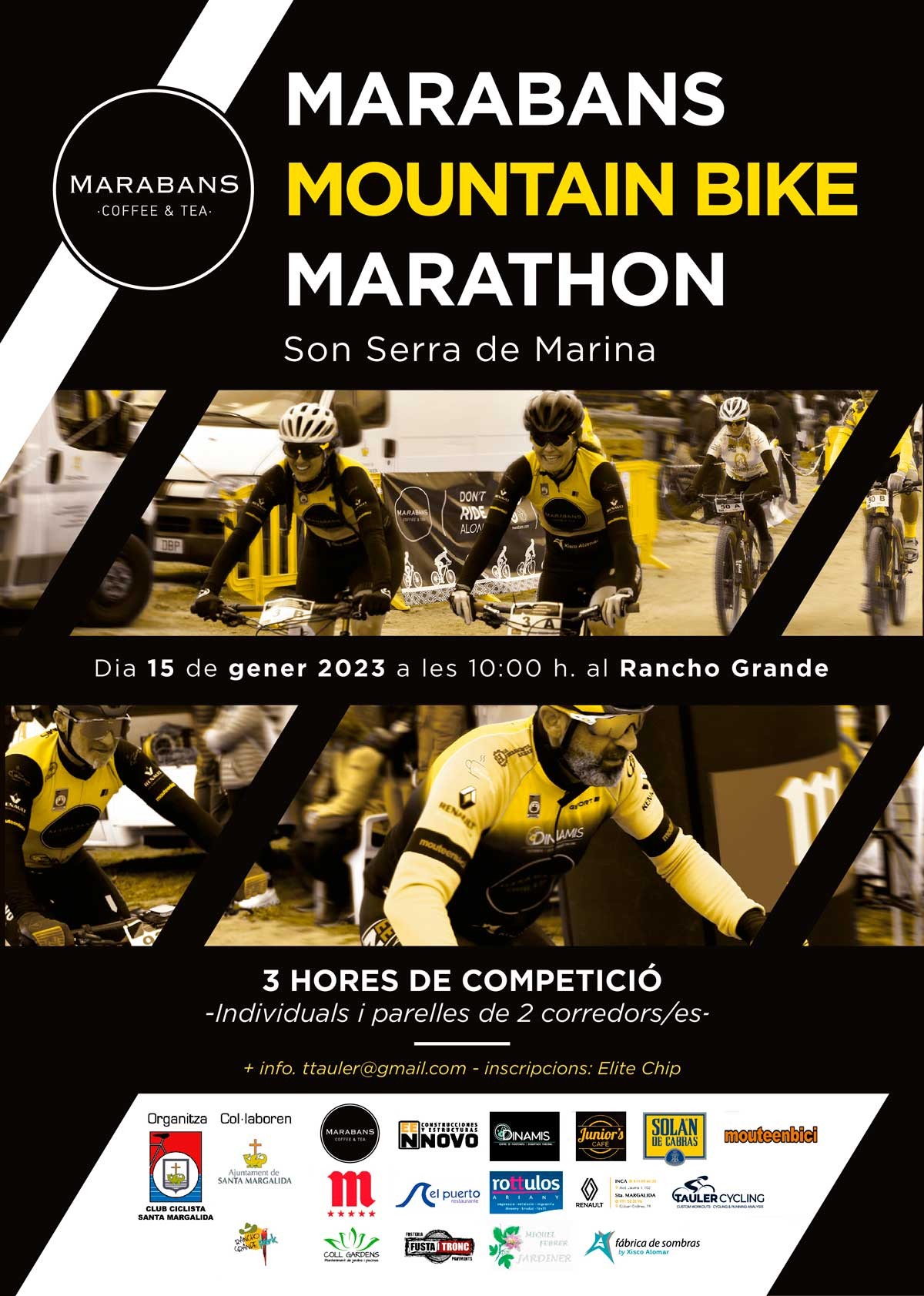 Once again, we have the pleasure of collaborating with Balearic cycling, specifically with the Santa Margalida Cycling Club; the two-wheeled ambassadors of Marabans Coffee & Tea.

Marabans Mountain Bike Marathon is a popular race for teams of 2 components or pairs, which consists of running the maximum number of laps around a circuit of approximately 10 km during a minimum time of 3 hours.

The race will take place on 15 January 2022 at 10:00 am in Son Serra de Marina, in the MTB modality on a rural and urban route closed to traffic, perfectly signposted. Participants will be able to choose between the following modalities:

There will be trophies for the first classified in each category: male, female and mixed, as well as a special prize for the oldest team and another for the youngest team, and also for the first local team.

It will end with a raffle of Marabans cycling jerseys, lots of coffee, tea, T-shirts and more surprises.

Registration and information at EliteChip

¡We are waiting for you at the Marabans Mountain Bike Marathon in Rancho grande (Son Serra de Marina)! 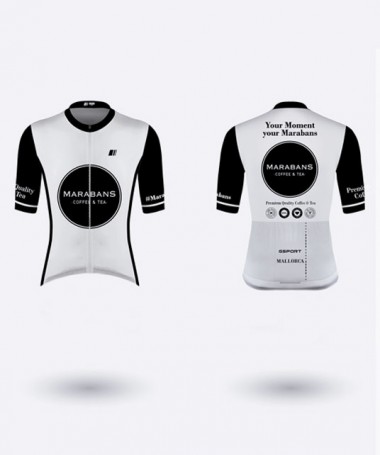 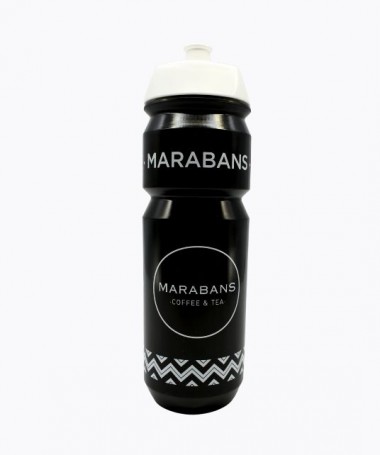 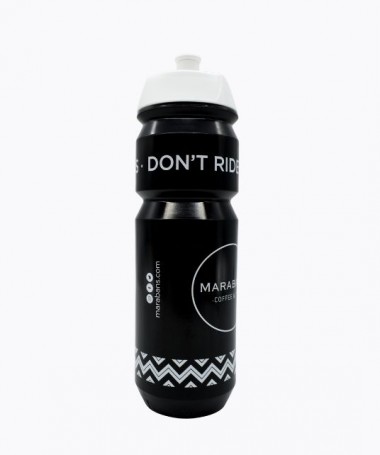 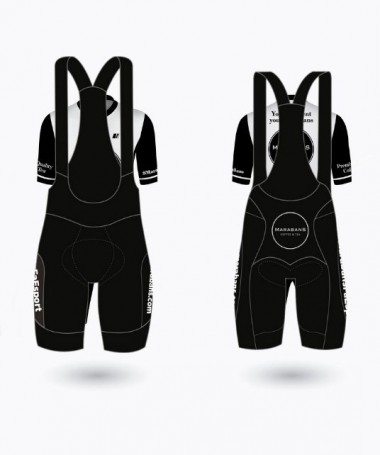 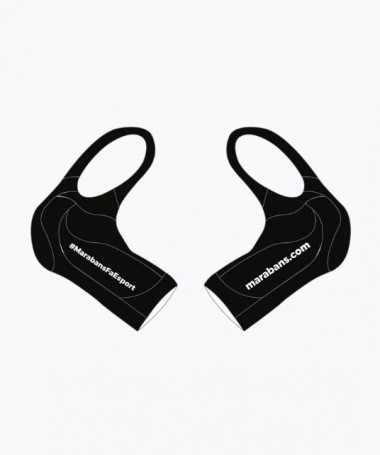 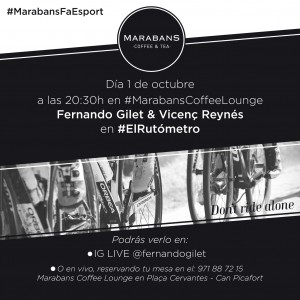 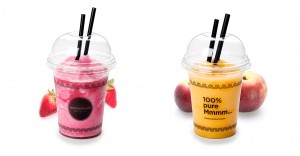 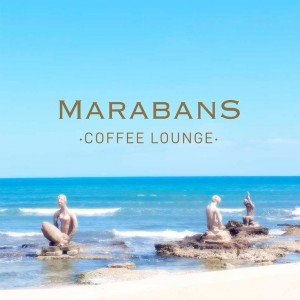 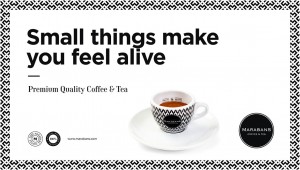 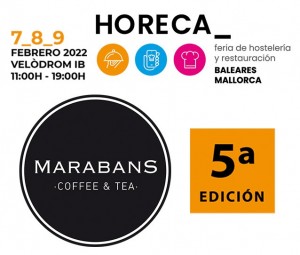 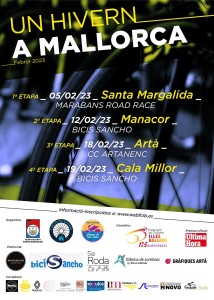 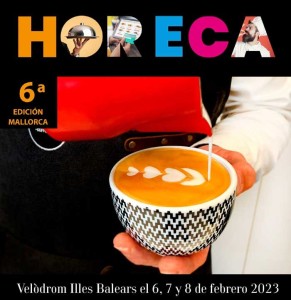 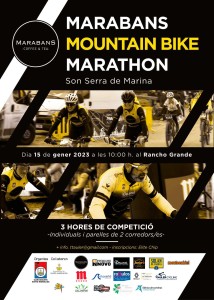 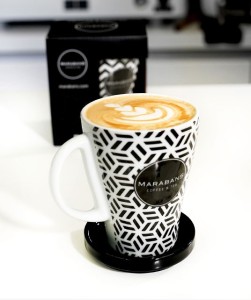 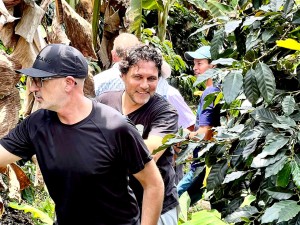 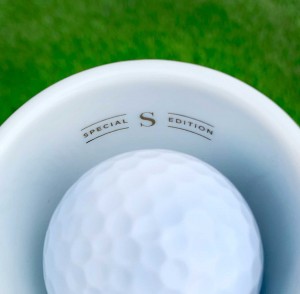 Let Marabans be part of you